Welcome to Zahal Online Store’s new website. We have been in business since 2001 and ever since, we have had the privilege of serving thousands of customers reaching from Hawaii to Vladivostok. Our mission is to offer state of the art Israeli army equipment and hard to find IDF memorabilia together with competitive prices and exceptional service. Our customers consist of professional soldiers, contractors, arms enthusiasts and Israel/IDF supporters.

Zahal was established when Uri Dotan-Bochner, a retired Israeli Submariner, had the idea of offering a large product range made in Israel for the IDF and police, to far away markets abroad. Apart from stocking a large amount of products, we at Zahal believe that it’s not only the quality of the merchandise that counts, but the professional, speedy service as well. We are aware that you the customer have many other vendors to choose from, and because we truly enjoy what we do, we will do our utmost to make your purchasing experience a great one.

Uri's Story: We belong to a family that is committed to the security of Israel since the establishment of the state. Uri's late father, Michael Bochner, fought as a Partisan against the Nazis in the mountains of Serbia during World War II. After the war and at the end of our War of Independence, he joined the young Israeli Police force. He retired as a Brigadier General. My dad was very active until his last days. At the age of 80, he was still working for the sake of our state. My dad passed away in December 2008 at the age of 84. His deeds for the state will never be forgotten.

MICHAEL BOCHNER RIGHT AFTER THE VICTORY OVER THE NAZIS AND 15 YEARS LATER AS A YOUNG POLICE INSPECTOR IN JERUSALEM.

Uri was born in Jerusalem and served my military service in the Israeli submarine force. While in the navy, Irit (his wife) served in the Air Force. Sea and Air met together and get married a year after the Yom Kippur War. The older son works for Israel's Leumi Bank, while the younger son Yoav runs the business now. He followed his father's footsteps into the submarine force, a fact that makes me extremely proud. Uri retired, left his comfortable desk job in Jerusalem and established together with his wife this on-line business. Uri's old connections allowed him to get the best IDF products and surplus for our clientele. Since we have launched our online store we expanded slowly and have served tens of thousands of satisfied customers who love and support Israel and not by word of mouth only.

About the ZAHAL – Pair of Rifle Sling Adapters:

If it’s maneuverability in a hot-zone that you are looking for, look no further than Israel Defense Forces (IDF).  The IDF is amongst the world’s elite fighting forces. So, it should come as no surprise that the IDF’s Rifle slings and Tactical Gear is top-notch for combat readiness. The ZAHAL – Pair of Rifle Sling Adapters was developed by the IDF to make sure that infantrymen’s rifles would be readily attached to their sling and be easy on the grip.  The Sling Adapters are a sturdy, battle-tested solution to keeping your weapon at the ready while moving through multiple combat zones.  Made from high-quality heavy-duty nylon, these Israeli Tactical sling adapters are rugged and light enough for any task.  It fits on multiple types of firearms and is an easy add-on.  Working from the Golan Heights in the Israel’s north to the urban combat environment in Lebanon to the Negev Desert, the sling adapters has been an integral part of every IDF Soldier’s success.  So, expect only the best from it in enhancing your tactical maneuverability.

The GL-CORE AR15 Stock collapsible, the lightweight tactical stock is made from fiberglass-reinforced polymer making it highly durable for any kind of activity and all weather conditions. The GL-CORE AR15 Stock comes with two unique Anti-Rattle pieces that hold the stock firmly in place on your AR15 tube eliminating any unnecessary rattle, the stock comes with two of those pieces in order for the stock to fit both MIL-SPEC and Commercial tubes. Furthermore, the buttstock’s butt-pad is made out of high-quality rubber to prevent it from slipping while shooting and thanks to its shape it is also easier to place in into your shoulder, therefore, it also increases the speed at which you enter a shooting position.

The Recover Tactical Beretta 92 Models Grip & Rail System BC2 is the most popular and stable rail solutions on the market today. These Beretta grip & rails system is made out of high-grade glass reinforced polymer making them durable and lightweight at the same time!  The Beretta Rails were designed not only to give you the opportunity to accessorize your Beretta but also to enhance the ergonomics of the standard grip of the Beretta. Furthermore, thanks to its superior design there is no need for a gunsmith, can be installed in less than 3 minutes and no permanent modification to be made on your Beretta. The Beretta 92 Grips are the simplest way to upgrade the feel and look of your Beretta 92 Model while providing a fully functional Picatinny rail. Own more than one handgun? Check out our Gun Grip Section

The Glock tactical Cobra stock takes your Glock Pistol to the next level of stability and performance. The FAB Defense Collapsible Tactical Cobra Stock for Glock 17-19 makes shooting much more accurate.  The stock is used by undercover law enforcement & security personnel worldwide. If you are considering this product we suggest adding the Recover Tactical GCH Glock Charging Handle and FAB Defense FGGS-K Folding grip for pistols.

The Glock is for illustration only

FAB Defense® has been leading in the development and manufacture of the highest quality, cutting-edge tactical equipment and weapon accessories for the State of Israel’s Military and Police. FAB Defense® R&D department works in collaboration with Special Forces and SWAT teams worldwide to design creative, ability enhancing, no-nonsense solutions to the ongoing dynamic challenges met in the field.

The FAB Defense KPOS G2 Pathfinder Conversion Kit for Glock will work for G 17, 18, 19, 20, 21, 22, 23, 25, 29, 30, 31, 32, 37 (Gen 3 – 5 including ‘C’ Models). The Glock KPOS Pathfinder turns your regular pistol into a stable, fun to shoot personal defense weapon that increases accuracy by making it easier to hold, aim, and control under fire. Whether you are looking for the perfect home defense firearm or looking to improve your shots at the range the KPOS is the best choice on the market.

We at Zahal carry the entire KPOS Selection offered by FAB Defense. The models include the original KPOS G1, the KPOS g2 and the brand new KPOS Scout with all the accessories that are available for the KPOS including the None NFA KPOS Scout “Sling Shot”. The accessories comprise of different stock options for the KPOS G2, flip-up sights, bungee slings, range bags and much more.

The original KPOS G2 Pathfinder for Glock has been on the market for over 5 years and is constructed from rock-hard Aluminum. This KPOS is unique as it comes with an AR style charging handle. This KPOS was the first to be introduced into the market that did not need your handgun to be modified. The KPOS comes with a folding NON NFA stock that lets you to shoot when folded. In addition, this KPOS includes flip-up sights, a foregrip and a bag. 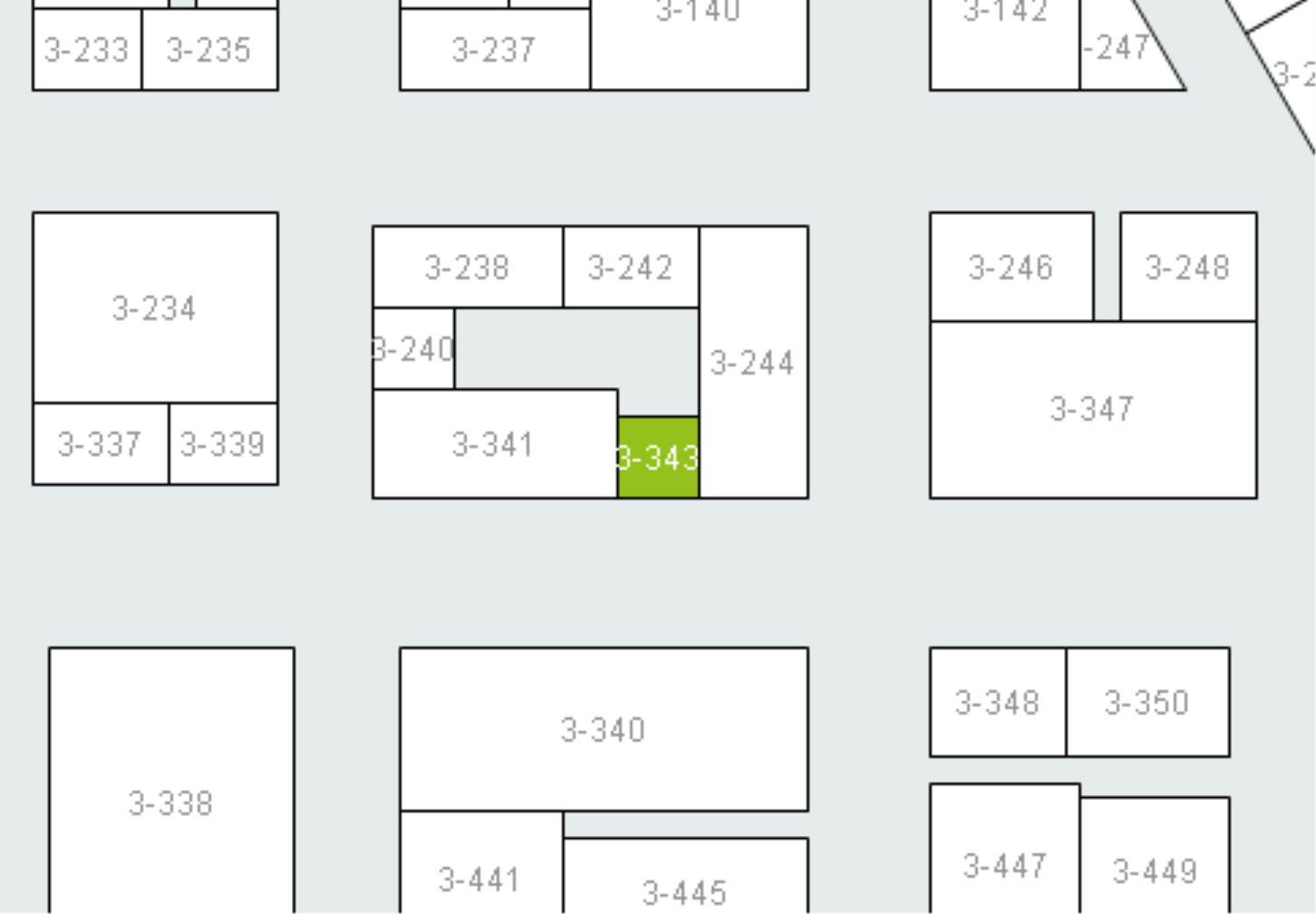 Zahal offers you products from these product groups: