Leviathan - V2 is processor controlled mosfet with Bluetooth communication. It adds new shooting modes, controls RoF, pre-cocking, active braking, low battery indication, statistics...
Everything is controlled via application in the smart phone (iOS and Android).
Device is fully integrated inside the gearbox version 2 instead of the original trigger contacts.
Comes with completely made wires to stock with mini fuse and deanT connector - no soldering needed.

MAIN FUNCTIONS:
- Adds new shooting modes independent for every position on the fire selector (SAFE - SEMI - AUTO)
- Three adjustable bursts (range 2 - 20 shots)
- Rate of fire can be reduce to 40%. It add breaks between shots to reduce RoF. It gives fast trigger response even with very low rate of fire, just like in a real gun
- Adjustable strength active braking (can be disabled)
- Pre-cocking function for instant shot on SEMI fire
- Delay between shots adds time in which isn't possible to shoot, it simulates the delay from gun reload or recoil (range 0,1 - 4,0 seconds)

- User can save multiple settings under profiles
- Update function fixes bugs and adds new features to the device
- There are three shot counters. Total count every shot during the device lifetime.. User counter can be reset by user anytime. Power-up counter is reset by battery connection
- Error log shows errors made during the device life

- Leviathan - V2 monitors current, voltage and temperature to avoid any damage when something go wrong.
- Motor vibrates and beeps as a feedback for user
- Programmed settings are saved in the Leviathan - V2 memory immediately after their change, so settings aren't lost when is Bluetooth or battery disconnected 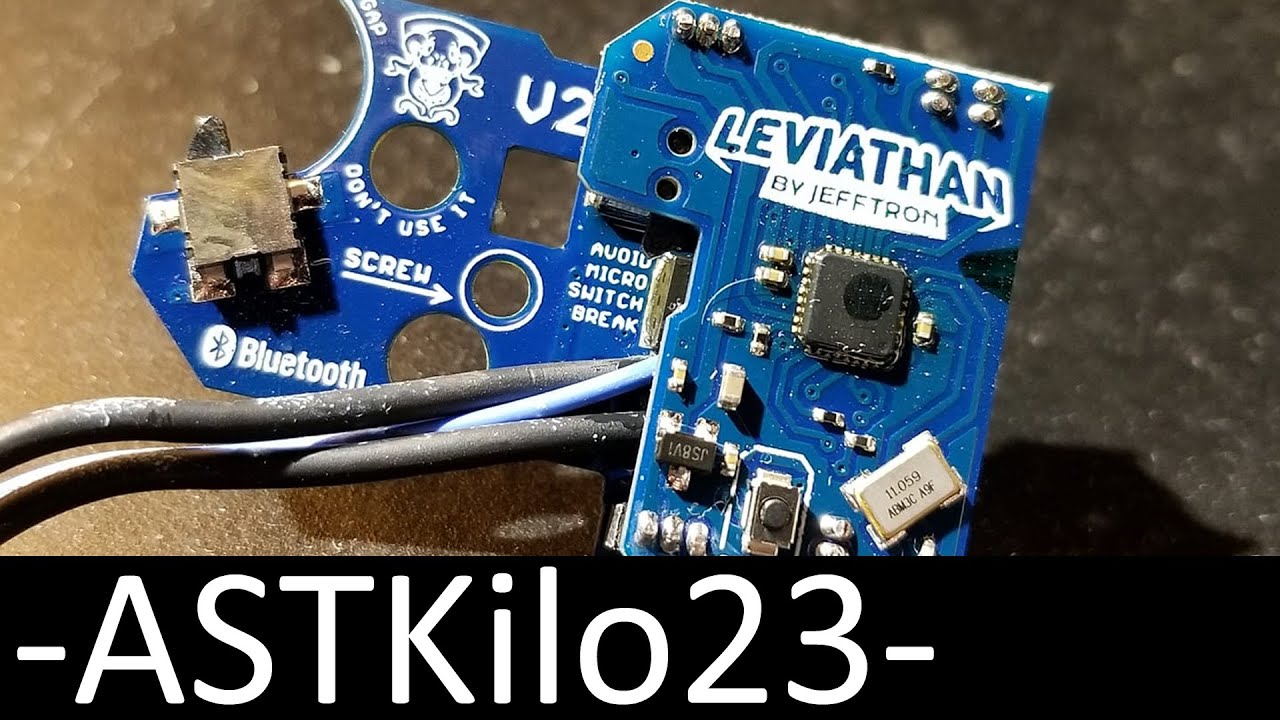