Success in the American tradition demands the qualities of motivation, determination, willingness to sacrifice, hard work, timing and a true element of luck. Even in our modern times of high taxation, escalating costs, and governmental regulation, it is still possible for the “common man” to become successful if he has a good idea and most or all of these qualities.

The Hodgdon Companies, as they exist today, are an example of this tradition. Until he began the surplus powder business, Bruce Hodgdon was a salesman for the Gas Service Company, traveling local territory selling gas appliances. From a few dollars borrowed on the cash value of his life insurance policy has evolved a manufacturing and distributing company that has customers in all 50 states and many foreign countries.

All his life Bruce Hodgdon was interested in shooting, hunting, and reloading. He custom-loaded ammunition for friends during World War II while he was in the Navy and after, while working full time as a salesman for the Gas Service Company. Somewhere Bruce had heard that the government burned huge stocks of surplus powder after WWI because of the lack of market for them, and he figured that the same would be true after hostilities ended in 1945.

Even though he had no place to store gunpowder, and did not know if enough shooters would gamble to purchase unknown types of propellant, Bruce cut government red tape and soon owned 50,000 pounds of government surplus 4895. An old boxcar moved to a rented farm pasture served as the first magazine, the first one-inch ad placed in the American Rifleman, and Bruce was in business.

The first 150-pound kegs of powder sold for $30.00 each plus freight! Early shipments also consisted of metal cans with hand-glued labels sent out in wooden boxes made from orange crates and sawed on a homemade circle saw by Bruce and his grade-school age boys, J. B. and Bob. A little later, the boys delivered shipments to the REA or the Merriam Frisco train terminal each morning on their way to high school. The trunk of the family 1940 Ford served as carrier for hundreds of thousands of pounds of powder during this time. Bruce’s Wife Amy served as bookkeeper and saleswoman. Very quickly mail order sales grew to include other reloading components, tools, and finally firearms and ammunition.

In 1952 Bruce resigned from the Gas Service Company and B. E. Hodgdon, Incorporated, was officially underway. J.B. and Bob entered the business full time after graduating from college in 1959 and 1961. After considerable expansion in the 1960s, it became apparent that splitting the wholesale firearm business from the nationwide powder business would save confusion among customers and facilitate bookkeeping. Hodgdon Powder Company came into being in 1966 as a result. Eventually, the wholesale firearms company was sold in 1984.

If it were not for the efforts of a handful of men seeing that changes were made, shooters all over the country would now have much greater difficulty obtaining their powders. In 1963 and 1964, Bruce Hodgdon, Ted Curtis, Homer Clark of the Alcan Company, and Dave Wolfe of Wolfe Publishing Company, were successful in persuading the ICC – now the DOT – through exhaustive tests by the Bureau of Explosives to downgrade certain packages of smokeless powder to the much-easier-to-ship “1.4C – Flammable Solid” Classification. As a result, containers under 8 lbs. each and in approved packages of shipments weighing less than 100 net pounds can today be handled by any common carrier, including UPS and FedEx. Previous to this, all Smokeless powders were considered “Class B explosives” for shipping purposes, which is nearly as restrictive as the almost impossible task of transporting black powder.

In 1967, the Hodgdon’s built what was then billed as “the world’s largest indoor shooting range,” an indoor structure allowing 44 shooters to share a 25 Yard range at the same time. This range and store is open to the public at 6201 Robinson, Overland Park, Kansas (www.thebullethole.com). Although this business was sold to outside parties in November 1982, we invite any of our nationwide customers to visit when in the Kansas City area.

Bruce Hodgdon passed away in 1997. Bruce was among other things an avid reloader, competitive rifle shooter, trap shooter, hunter, NRA Benefactor Member, and World War II Veteran. The industry honored Bruce for his contributions to the shooting sports in 1995/1996 with the Shooting Academy Award of Excellence. The company is now in the hands of J.B. and Bob Hodgdon, the two grade school boys back in the late 1940’s, who worked hand in hand with their father to establish and grow this company.

Today, Hodgdon smokeless propellants are developed and manufactured to meet the needs of every reloader. The powder that started Bruce Hodgdon’s business, H4895, is still produced and sold along with world-class powders available for just about any Rifle, Handgun, and Shotshell load.

Smokeless propellants are only half of the famous Hodgdon story. Muzzleloading shooters and hunters around the world recognize Hodgdon as the company that makes the best performing, most convenient, safest, and easy to clean black powder substitute propellants. Pyrodex®, introduced in 1976, is the most successful black powder substitute on the market. Pyrodex products are safer, cleaner burning and produces 30% more shots per pound than common black powder. Pyrodex also makes it easier to clean the gun after shooting.

Innovation is a key part of Hodgdon’s philosophy and values. The patented Pyrodex Pellets give the modern muzzleloader speed and safety in a convenient preformed charge. They offer quick and safe no-spill loading, instant ignition, and faster second shots.

Always looking to the future, Hodgdon took muzzleloading to the next millennium with Triple Seven® muzzleloading Pellets and granular propellants. Introduced in 2001, Triple Seven has proven to be very consistent and accurate but is most recognized for its easy water clean up and no sulfur (rotten egg) smell! In 2007, Triple Seven Magnums were introduced. Magnums deliver higher energy for serious hunting knock down power.

Hodgdon Powder Company offices are located at 6231 Robinson in Overland Park, Kansas (even though the mailing address is Shawnee Mission, the destination of the central post office). The Powder magazine, packaging and manufacturing facilities are maintained about 140 miles southwest of the main office, in Herington, Kansas. Additional magazine space, located on a closed military base, is also leased from the City of Topeka, Kansas.

To better serve our reloading customers Hodgdon Powder Company continues to grow. Hodgdon purchased IMR® Powder Company in October 2003. IMR legendary powders have been the mainstay of numerous handloaders for almost 100 years. IMR powders continue to be manufactured in the same plant and with the same exacting performance criteria and quality assurance standards that shooters have come to expect.

In March 2006, Hodgdon Powder Company and Winchester® Ammunition announced that Winchester® branded reloading powders would be licensed to Hodgdon. Winchester smokeless propellants, the choice of loading professionals, are available to the handloader to duplicate the factory performance of loads from handgun to rifle and shotgun.

In January 2009 Hodgdon acquired an American icon GOEX Powder, Inc. GOEX has a rich history dating back to 1802 where E.I. Du Pont de Nemours broke ground on his original black powder plant along the Brandywine River in Delaware. Goex Powder, Inc. manufactures black powder used for sporting applications such as civil war re-enactments and flintlock firearms, and is a vital component for industrial and military applications. Located in Minden, Louisiana, GOEX Powder, Inc. is the only U.S. manufacturer of black powder.

Hodgdon, IMR and Winchester smokeless propellants and Goex black powder continue to introduce many new, innovative, technologically advanced and unique propellants to the marketplace. Today, as over the last sixty five years, the success of the Hodgdon Companies depends upon the good will and satisfaction of our loyal customers. Thank you for the trust you continue to give our products; we only hope that they are a part of the reason you enjoy your chosen sport of hunting or shooting. 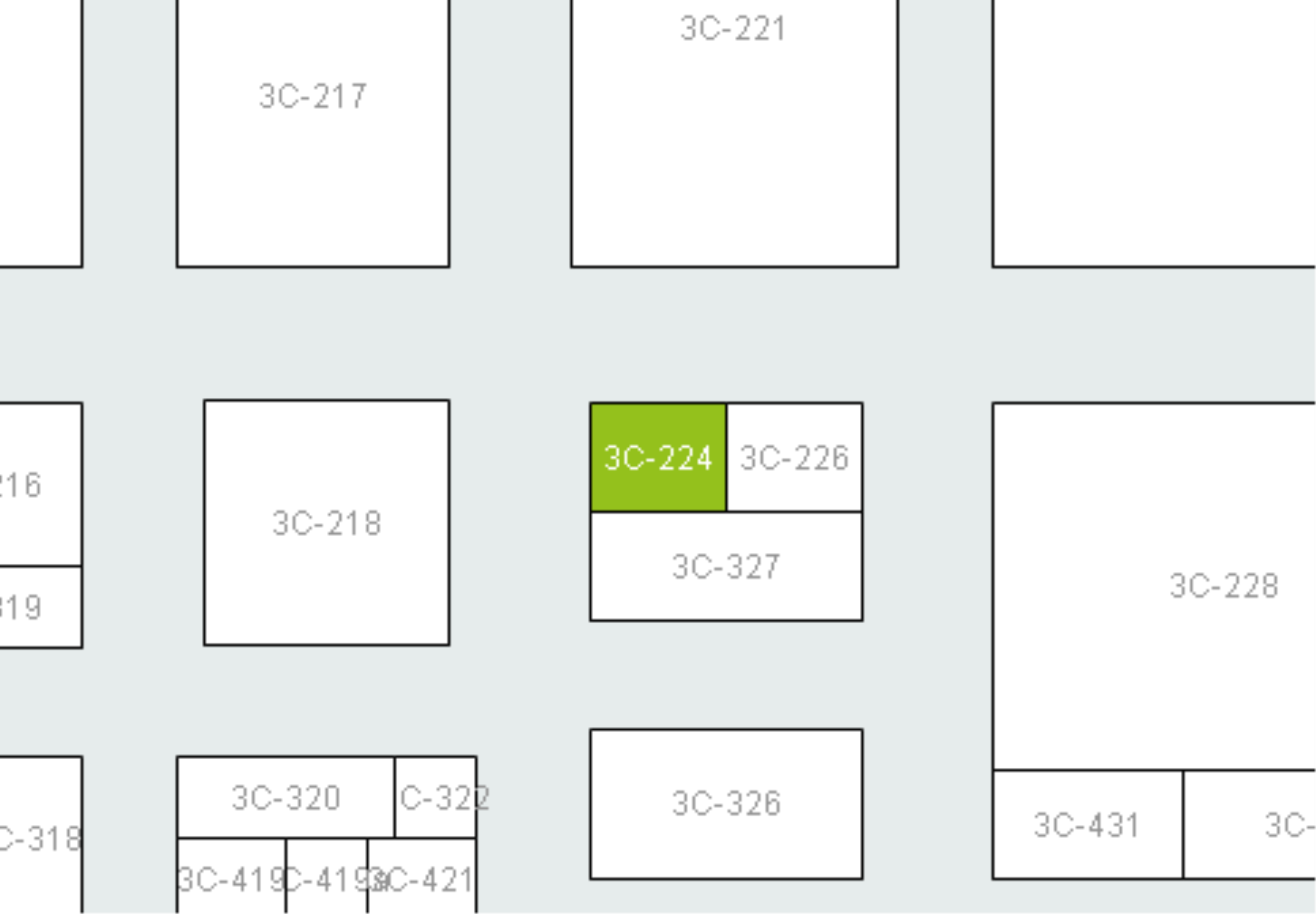