Turkish defence industry whose foundations began to be laid during the rise of the Ottoman Empire had a powerful position until the 17th century, but fell outside the technological developments in the Europe from the 18th century onwards.

Alongside the renewal attempts of the armed forces, efforts had to be made for many years to recover lost ground due to the Empire lagging behind the technological developments.

With the First World War affecting the whole world in the political conjuncture of the period, the Ottoman Empire lost its industrial effectiveness to a great extent at technological level.

Small armsand ammunition produced with big sacrifices at simple machine-tools carried off from Istanbul to Ankara during the War of Independence were the most important support for our army.

During the early years of the Republic, Mustafa Kemal Atatürk and his comrades, knowing that defence industry is an important part of development, launched initiatives for the state to develop industrialization, and, consequently, defence industry during the first planned period.

Military Factories General Directorate was established in 1921, followed by the establishment of cartridge factories in Ankara in 1924, a new ammunition factory in 1927, Kayaş Detonator Factory in 1930, Kırıkkale Power Plant and Steel Plant in 1931, gunpowder, rifle and artillery factories in 1936, and Mamas Gas Mask Factory in 1943.

In aviation industry, on the other hand, Mr. Vecihi Hürkuş undertook the first flight of our War of Independence and manufactured the first Turkish airplane in 1925 in the face of deprivations, leaving his stamp on this period with his airplane VECİHİ K IV.

Establishment of TAMTAŞ (Airplane and Motor Turk Corp.) marked the first step towards an institutional structure in the Turkish aviation industry. TAMTAŞ went into production in 1928, producing a total of 112 airplanes in 11 years, of which 15 ea being German Junkers A-20 airplanes, 15 ea US Hawk combat airplanes, 15 ea Gotha liaison-type airplanes. TAMTAŞ discontinued airplane production after 1939.

The airplane factory established by Mr. Nuri Demirdağ in 1936 started production of airplanes with the code Nu.37, producing 24 units of the said airplane and a large number of gliders. The factory was closed down in 1943.

MKEK (Machinery and Chemical Industry Institution) became operational in 1950, continuing its economic and commercial activities until now under the legal arrangements made in the years 1983 and 1984.

When these developments were taking place, the foreign aid provided by the USA within the framework of Truman Doctrine and Marshall Plan after the Second World War, followed by Turkey’s being a member of NATO in 1952 and the surplus defence equipment being donated to Turkey by the other allied countries prevented domestic production of defence products.

Cyprus crises in the years 1963 and 1967 and absolute dependency on other countries thereafter occasioned formation of policies for establishment of a self-sufficient defence industry infrastructure.

In order to develop our national aviation industry, Turkish Air Forces Foundation was established in 1970, and Turkish Land Forces Foundation in 1974. Turkish people made considerable donations to the Land, Naval and Air Forces Foundations, and special revenues were provided to these foundations under the laws adopted. On May 31st 1973, TUSAŞ (Turkish Aircraft Industry Corp.) was established under the Law # 3238 to meet national security and civil requirements with the slogan: “Make Your Own Airplane”. The aim was to operate an aircraft industry capable of competing in external markets. Then, investments in the defence industry accelerated withsuch establishments as ASELSAN (1975), ASPİLSAN (1981), HAVELSAN (1982), TAI (1984), ROKETSAN (1988).

After 1980, the defence and aerospace industry was reshaped according to current conditions of the period, like many other sectors. SAGEB (Defence Industry Development Administration) established in 1985 was reorganized in 1989 as SSM (Undersecretariat for Defence Industries of the Ministry of National Defence) under the Decree-Law # 390.

The first F-16 Combat Airplane “Şahin” produced with license by TAI was completed at the end of 1987.

Starting from 1990, the countries from which Turkey bought weapons or with which she entered into joint weapon production projects expanded to includeIsrael, Italy, France, Russia as well.

Turkish national defence industry, breaking new ground in every period of its development, could not remain indifferent to the political, economic and military developments taking place in the world. Reorganization was needed in this context, and the “Defence Industry Policy and Strategy Document” was prepared on 20 June 1988 under the Decree numbered 98/11173 of the Prime Ministry.

With the investments made within the framework of the matters stated in the Defence Industry Policy and Strategy Document, progress was made on the land, air and naval systems and platforms. A serious infrastructure in sub-systems as system integration, command control, communications, electronic warfare and firepower began to develope, providing big gains in armored combat vehicles, electronic warfare systems, command control, military ship, crypto and simulation areas as well.

The Defence and Aerospace Industry Exporters’ Association of Turkey (SSİ) was established in 2011 in order to bring together the exporters/manufacturers operating in the defence and aerospace industry and to increase the export capacity of the sector. Working under the auspices ofMinistry of Economy and in close cooperation with the Ministry of National Defense and the Undersecretariat for Defence Industries, SSİ set its main goal as increasing the market share of the sector through overseas expansion of the current capacities of the Turkish defence and aerospace industry companies in a more organized manner.

Being the sole Exporters’ Association of the sector in Turkey, SSİ has an expanding base of members including the most important companies in the sector, byincreasing from the initial 60 members to around 300 today.

SSİ carries out studies and activities for diversification of export products and for making export products competitive in the sectors coming under its field of activity, such as defence and security systems, land and naval vehicles, aerospace and their equipment, electronic warfare systems and logistic services, R&D, engineering, manufacturing services.

SSİ is responsible for the following activities which are among its establishment goals:

In 2013, SSİ established Turkish Defence Alliance-TDA in order to develop exports, proceed to new markets and make the sector better known in the world under its overseas activities, which are among its establishment goals.

TDA started activities in June 2013 as Turkish defence and aerospace sector’s face in overseas promotions in order to enable the sector to gain continuity in current markets, to promote the sector in target markets, and to strengthen the overseas leg of the sector with its initiatives in brand building, advertisement-promotion, marketing and similar areas by accelerating communication activities geared towards particularly the target and potential markets of Turkey.

Following are the activities coming under the field of activity of TDA:

Today, our defence and aerospace industry has an annual production capacity of around USD 5 Billion and an annual export capacity of around USD 2 Billion. The level attained by our sector provides an impetus to our efforts to make our country superior in defence and security technologies. Our basic goal is to ensure that our country takes her place among the major global suppliers in the defence and aerospace industry. This goal will be achieved by all actors playing a role in our sector having strategic importance in a sensitive geography, joining forces in a coordinated manner. 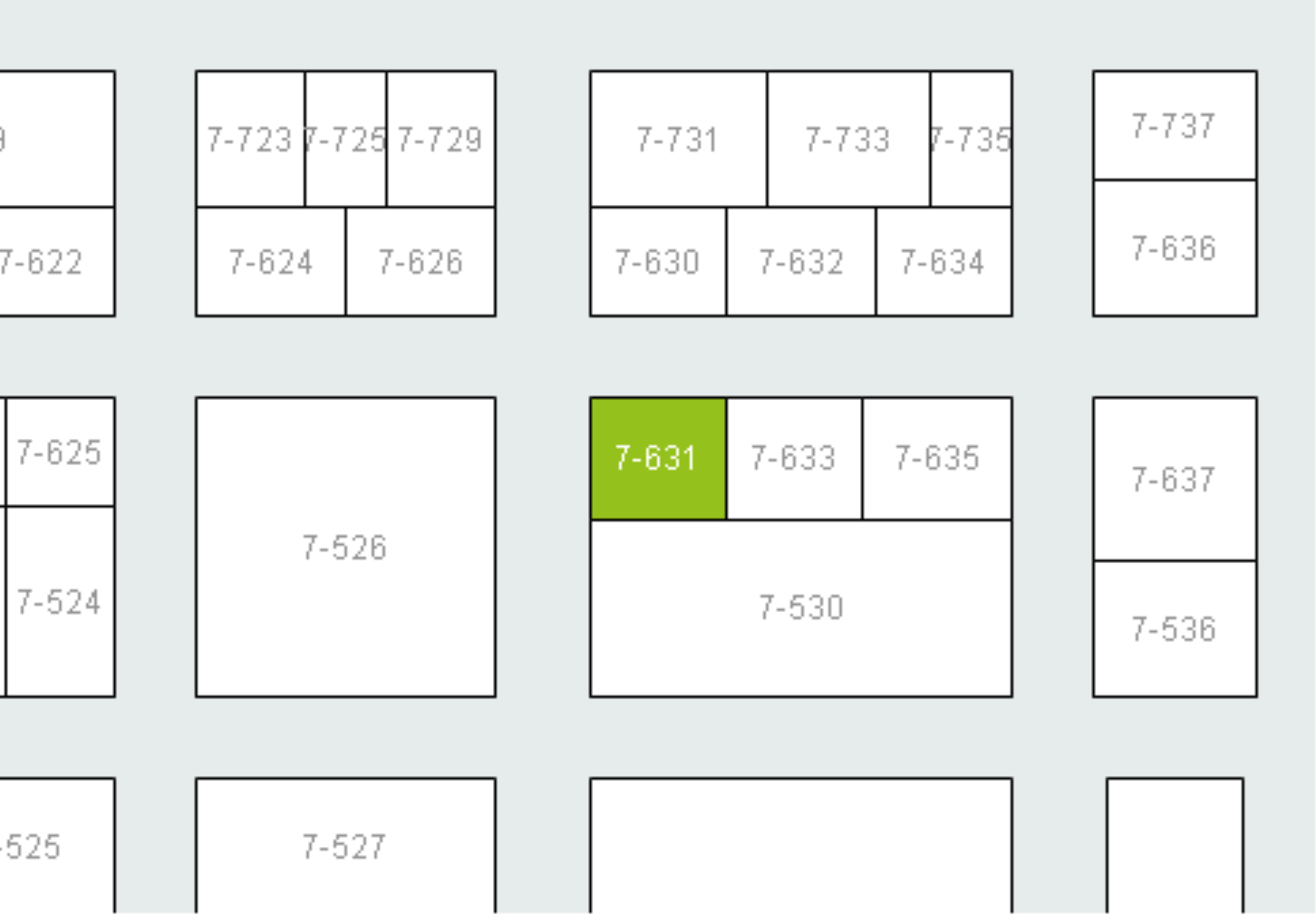